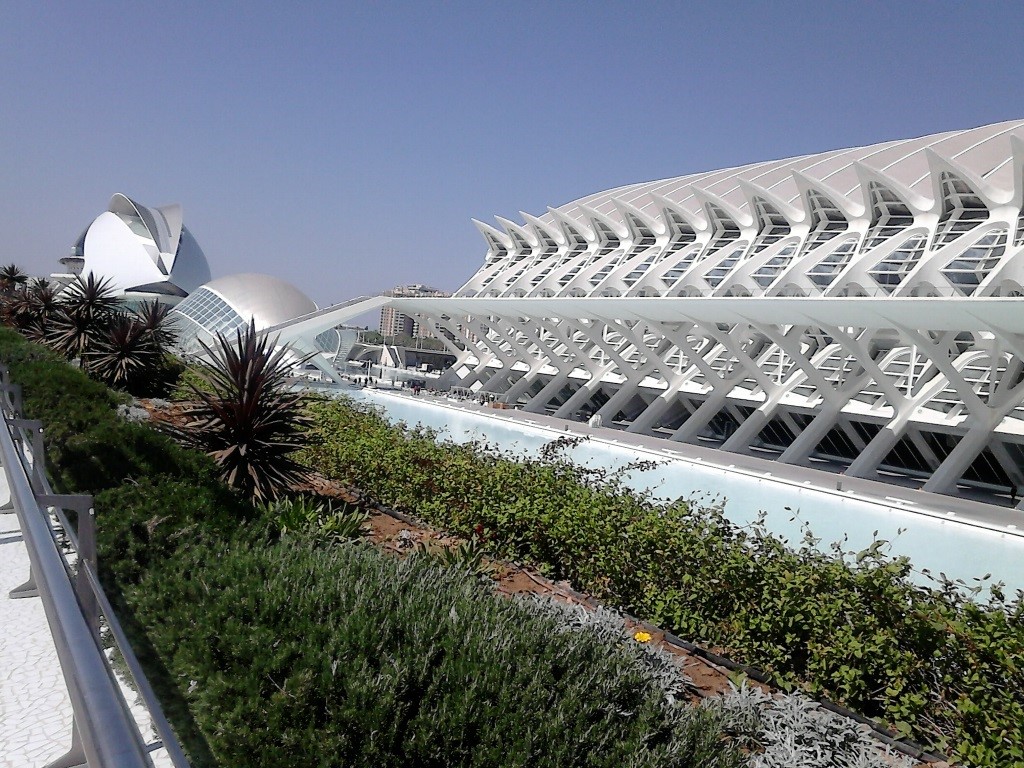 This year, the WATEF study trip visited Valencia, Spain to learn about smart water supply and metering, smart cities and intelligent/water saving irrigation systems. During the visit, it was particularly interesting to learn how historical practices and decisions have helped to inform and improve modern processes and procedures.

The study trip began with delegates meeting at the Expo Hotel Valencia.   We all introduced ourselves as there were some new members to the group.  The late afternoon sun shone as we all walked the short distance to the bus stop for the Tourist Bus and hopped onto the bus.   We spent the next couple of hours seeing all the historical sights of Valencia including the dry bed of the Turia river which now serves as a unique green space within the city.  The magnificent gates (Serranos Towers) are now the only remaining part of what was once the city walls.

Valentia (as it once was known) was founded by the Romans who designed the infrastructure of the irrigation canals.  When the Moors invaded, they upgraded these canals using their own intricate designs and created the fertile and green huerta where all crops including the famous Valencian oranges flourished.  In order to resolve any disagreements over the water supply to these irrigation canals, they established the tradition of the Water Court. El Tribunal de las Aguas still meets every Thursday at midday outside the Cathedral gates on El Plaza del Virgen.

Thursday morning dawned bright and sunny and we all boarded the mini bus which took us to Aguas de Valencia where we were met by the team; Jaime Castillo Soria, Pilar Conejos and Joan Carles Guardiola Herrero. They delivered an interesting presentation on their journey towards their innovative smart metering solutions and how this has not only delivered efficiency but also helps to better engage with customers. The project began in 2006 when they began to test different meters from different suppliers.  By February 2017, over 56% of all customers have smart meters. The drivers for the project included being able to gather big data enabling Aguas de Valencia to be able to work together with their customers to resolve real time issues such as detecting leaks and resolving supply issues.   The software which was developed using a consortium of suppliers was trialled with around 200 customers using the mobile app.  Giving the customers the ability to report incidents resulted in 90% more reliable supply system.  Previously, customers were not fully aware of the need for water efficiency. Through the installation of smart meters, direct engagement with customers has resulted in a significant reduction in complaints and greater awareness of water efficiency measures.  Going forward, the company hopes to deliver further smart metering innovation and further improve their methods of communication.    We were then shown into the main control room of the water company where we could see water supply and distribution, as well as leak detection real time.

After this interesting visit, we all got back onto the minibus to travel back into the centre of Valencia to attend the Water Court.  Our driver dropped us at the Plaza Reina – where some of us took advantage of the wonderful ice creams on sale and others simply stopped for a café cortado (Expresso with milk)  – and we all made our way to the rear of the Cathedral in order to stake our place at the Court.  There were many tourists waiting to view this 1,000 year old spectacular; in due course as the Cathedral clock struck midday. The 12 members of the court marched out of the building opposite and took their places on the seats (provided by Aguas de Valencia) 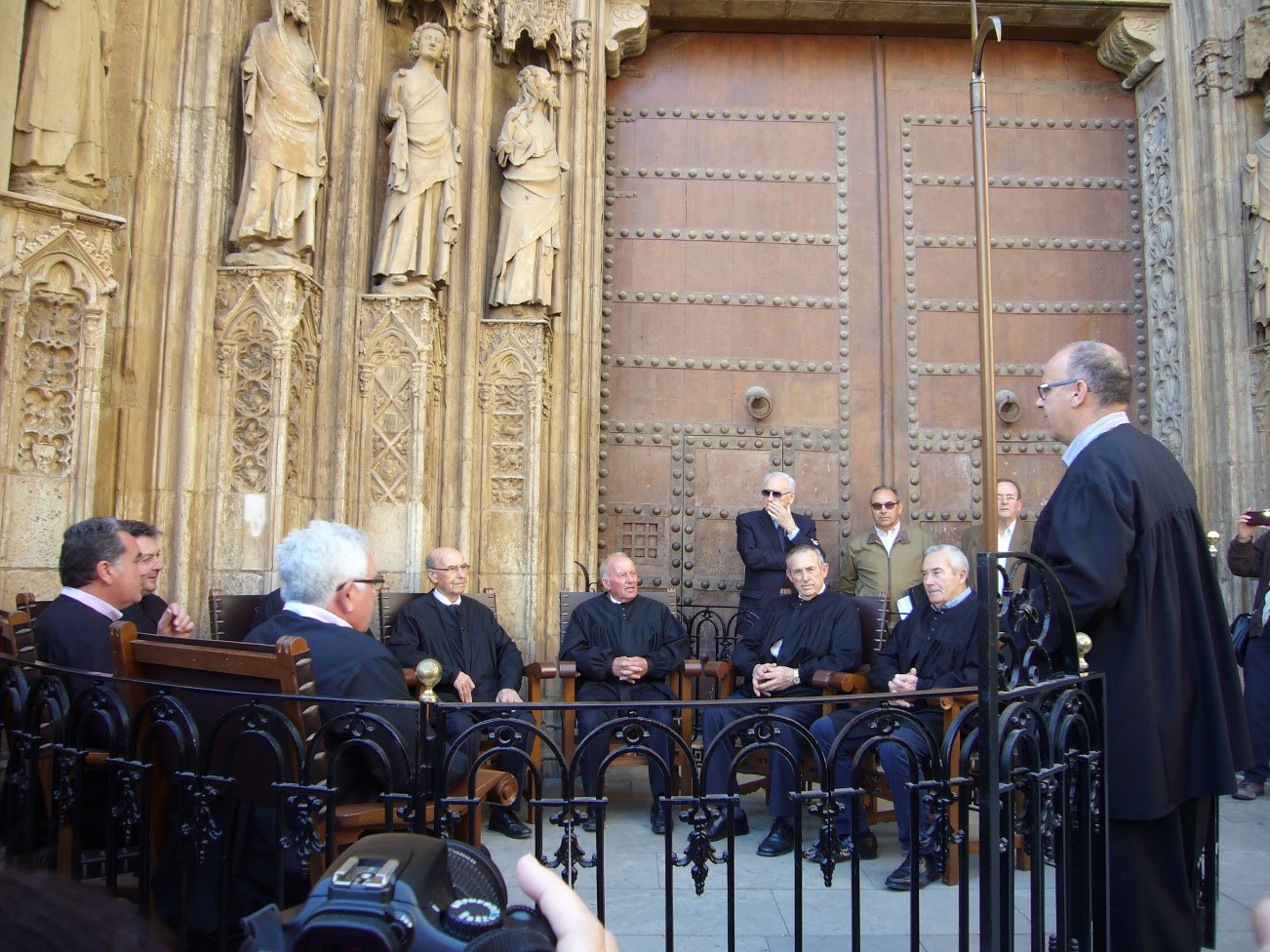 The proceedings only took a couple of minutes as fortunately, or unfortunately, there were no disputes to be settled and the members of the Court were soon about their daily business.

We then moved on to meet our colleagues at the University of Valencia where we were shown one of the labs used for hydraulic experiments.

At the traditional time for lunch in Valencia (around 1.30 pm) we all walked to “Casa El Famos” one of the best authentic Valencian paella restaurants. We all enjoyed our lunch and, before we knew it, it was time to get back onto the minibus (accompanied by some of our colleagues from the University of Valencia) for a drive towards the huertas close to Picassent, to see irrigated farms and one of the pumping stations. 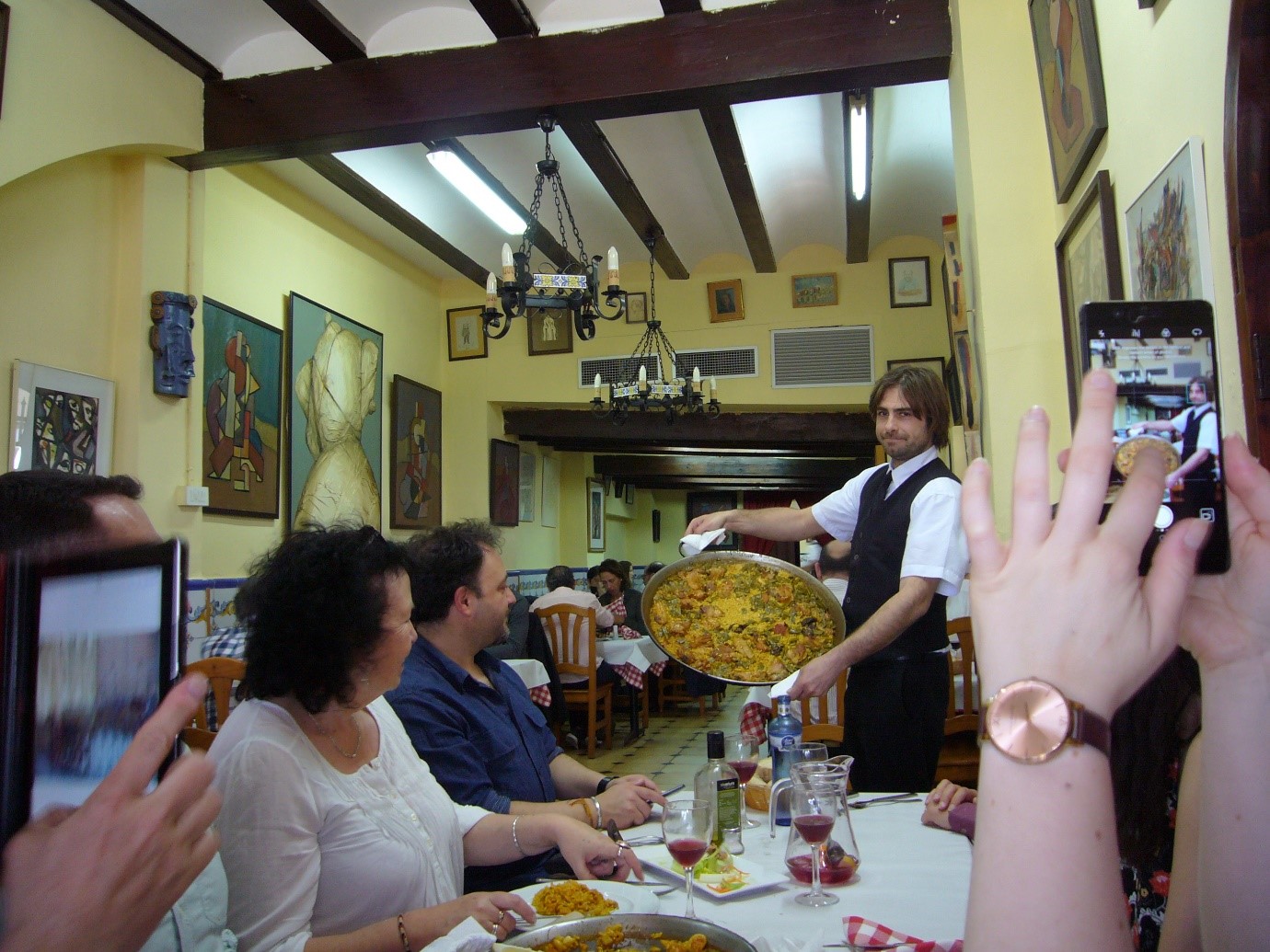 On our arrival, we were again shown into a control room by Miguel Angel Jiménez, Ricardo Cobacho and Paco Arregui. Here we could see, in real time, the flow of water along the irrigation canals.   Once again there was a system in place where an alarm would show on the control board to allow the engineers to immediately resolve the situation.

At the end of the day, we had a very good overview of the water system in Valencia – how the fields are irrigated and how Valencians control and effectively manage their own water supply to suit the demand; be it for domestic, non-domestic and irrigation purposes. This knowledge would serve us well for the following day’s visits to the City Council of Valencia and then to Ciclia (who are responsible for the waste water aspects).

We all spent an enjoyable evening in the old district of El Carmen where there is a growing community of artisans.  It is great to see that this ancient part of the city is now undergoing a renaissance and popularity amongst both Valencians and tourists alike.

Our final day in Valencia was to be spent with the City Council and Ciclia.   We all met in the lobby around 9.30 am and walked along the old Turia river bed for around an hour or so in order to get to the council offices near to the current football stadium.  It was a beautiful day and we all found the walk most invigorating – to see so much green space within Spain’s third biggest city is good for the spirit (and of course helps with the greenhouse gas emissions).

We were made to feel very welcome at the City Council offices whichare ocated in an old tobacco factory. Roman Ferri the CIO of Valencia City Council, together with Daniel Diaz Luengo, Angel Gomez, Javier Llavador and others gave us an overview of the Smart City.  Valencia has over 800,000 inhabitants and over 300 days of sunshine every year.  More information around Valencia Smart City can be found here

Using the Smart City platform, all of the municipal services can be located in one virtual place allowing the city’s inhabitants access via a mobile app.   They can access real time data for example information on well-being, resilience – they can report incidents (such as inappropriate parking), broken street lights – and find out how to get from (a) to (b) using the city’s well connected transport systems.

Our final visit of the day was made to Ciclia  who are responsible for the secondary (non-potable) water supply as well as waste water systems and treatment within Valencia. Here again, we visited the control room where waste water incidents were registered in real time using the same systems as Agua de Valencia.  The control room is responsible for ensuring that the waste water is properly dealt with – rainwater and storm water are pumped across the region to irrigate the huerta we visited the day before.  There is a Spanish version of the presentation attached.

The final visit was made to a 200,000 litre rain/storm water harvesting tank located close the Valencia beach area.   This vast cavern was located underneath the pavements (and down a set of concrete stairs).   Once our eyes became accustomed to the light we were able to see the vast chambers ourselves – truly fascinating.

Our day concluded with a walk around the wonderful City of Arts & Sciences – sadly due to lack of time we were unable to actually visit any of the buildings.   This is the largest cultural site in Europe and is visited by many thousands of tourists every day.

As we all left the hotel in the early afternoon we bade “Adios to Valencia” and hoped that we would return again.