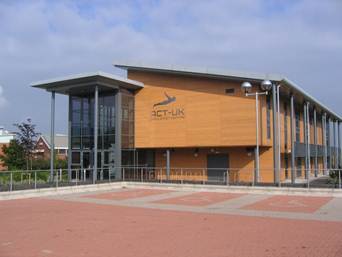 As was illustrated by the floods in the UK during 2007, 2008 and 2009, the current storm sewer infrastructure of Britain’s towns and cities can no longer cope with excess surface water due to heavy, prolonged rainfall (or pluvial flooding). The current water management method is therefore unsustainable. There are 3 choices to address this situation:

Plainly, with the changes to climate being predicted and more intense rainfall a distinct possibility, choice number 1 should not be on the agenda.   As was stated in the Water UK’s Review Group on Flooding, Lessons Learned from Summer Floods 2007  “Bigger pipes are not the solution to bigger storms”.  In any case, whilst the cost of 2007 floods was approximately £4bn, according to Ofwat, the cost to upgrade the current storm sewer network of 309,000 km, would cost approximately £174 billion (2007-08 prices), centuries to deliver, involve a minimum 3-month closure for every road, heavy carbon costs, there would be more spill events and volumes – with more pollution and more flooding and larger treatment volumes which would cost more at the water treatment plant.  So, choice number 2 is highly unlikely to be fully implemented, although some storm sewer upgrades may be worth considering.

70% of the 2007 floods was due to pluvial flooding; not fluvial, or floods due to rivers bursting their banks.  Due to impermeable surfaces in urban areas, water is removed from towns and cities as quickly as possible, leading to a storm peak which overwhelms the storm sewer infrastructure.  By slowing water down, or encouraging it to be detained and allowing it to discharge slowly, the storm peak is attenuated and flooding reduced.  This can be achieved using individual devices or many devices designed together in a management train, using a Sustainable Drainage System, or SUDS.  SUDS encourage the infiltration of water into the ground, or its slow conveyance to the receiving watercourse. Devices include green roofs (Fig 1) and walls, pervious paving (PPS) (Fig 2), wetlands, swales (Fig 3), filter strips, detention and retention ponds and rainwater harvesting.  Many of the smaller approaches can be designed in at the individual building scale, whether new build or retrofit, such as rainwater harvesting, green roofs or PPS.  Larger ones, such as wetlands and ponds can be implemented at the community scale and all can provide multiple benefits such as water quality improvement, increased biodiversity and amenity provision – this is encapsulated in the SUDS triangle and also includes water quantity reduction.

However, these benefits extend beyond the SUDS triangle to include Urban Heat Island reduction, improved perceptions of human health and well-being and carbon sequestration and storage.  Going even further, some SUDS devices could be considered to be art, providing visually enriched spaces in urban environments.  Encouraged by the Flood and Water Management Act (2010), England and Wales are far behind Scotland, the USA and many parts of Western Europe in implementing SUDS.  Much of the reticence has been due to concerns over costs, although cost benefit studies of SUDS have shown that it can be cheaper than conventional drainage; health and safety, even though careful design of open water elements can reduce risk to it becoming negligible; and problems associated with maintenance which can be overcome by education.

SUDS is a change in attitude, a different way of doing things but it provides a means of allowing water into towns and cities and using it as a resource, instead of how it is mostly perceived at present, merely as a bit of a nuisance.

Further useful information can be found at: